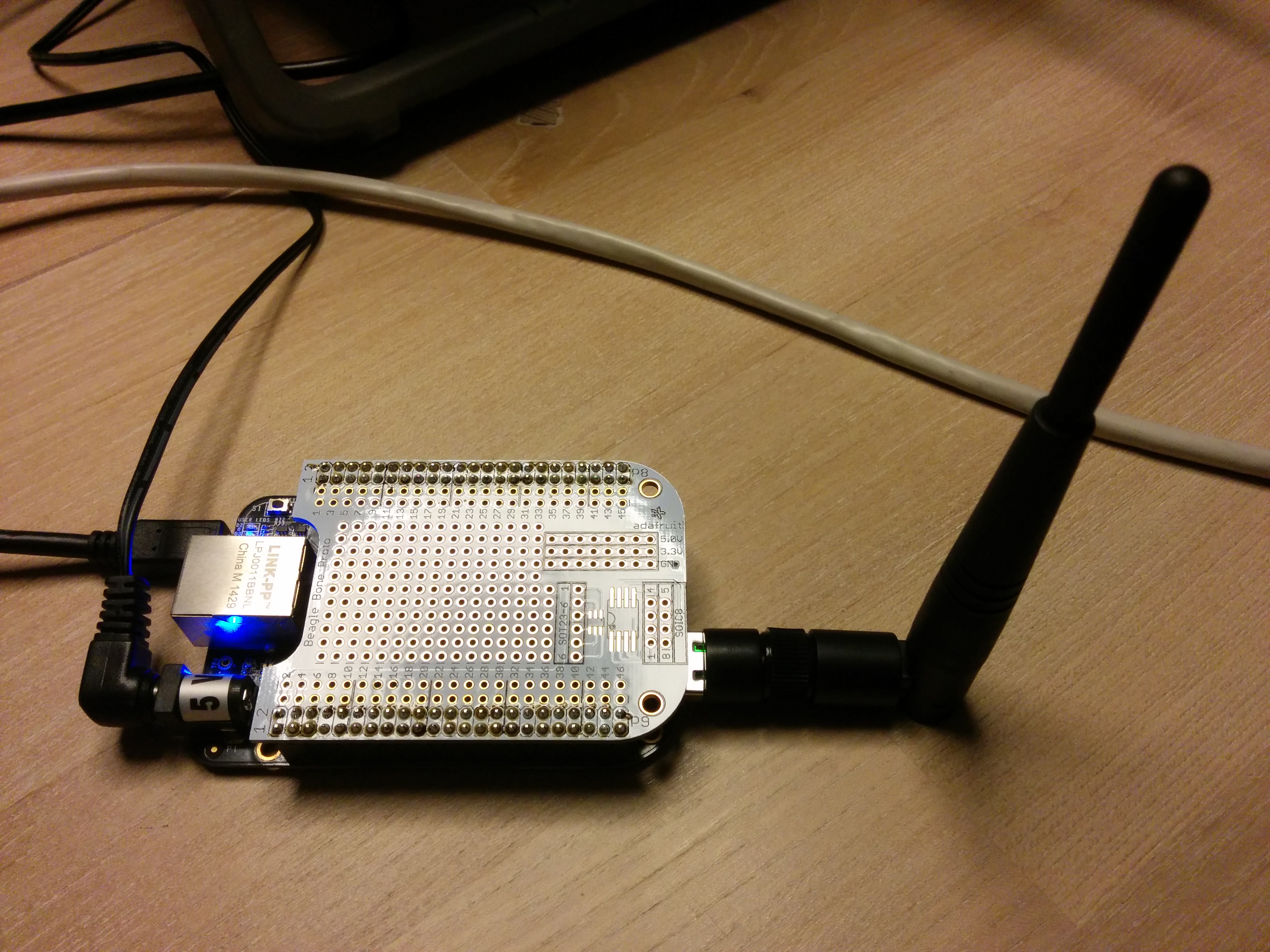 Those LogiLink wireless dongles were going nowhere fast, I gave one to a colleague of mine, maybe he has a bit more luck with it. So I decided to count my losses and go with one of those USB wireless interfaces listed on the beaglebone site, and I ordered the UWN200 from Logic Supply. I reverted my beaglebone board to the standard debian image, because I wanted to start afresh and the module worked straight out the package, just like that. The interface is now called ra0 instead of wlan0, but that was not totally unexpected.

The big antenna is also an added bonus, as I expect it to have a longer range for the quadcopter. But reading up on the internet, I do expect that running this as an access point is not possible with the current ralink driver. I will have to find a different solution for that, maybe I’ll set up a wireless AP on my laptop instead.

I measured a 100s average of 24.5MBits/s with iperf, which is just wonderful!